Gondia also spelt as Gondiya is a city in the state of Maharashtra in Central India, and is the administrative headquarters of the Gondia District. Gondia is also known as Rice City due to the abundance of rice mills in the area. It is a very important city in the Vidarbha region. Gondia is very close to the state of Madhya Pradesh, and is considered the gateway to Maharashtra from Central and Eastern India.There are large number of rice mills and some small scale tobacco industries.

In ancient time, this region was ruled over by Gond kings. The rich dense forest reflects the culture of Gond people the main business at that time was to collect lak (sealing wax) from Palas tree and Gum from Babul tree, Gum is called as Gond in Hindi, therefore the name Gondia is tagged to the place.

Temperature is pleasant in October in Gondia : Max. 32 C and Min. 20 C 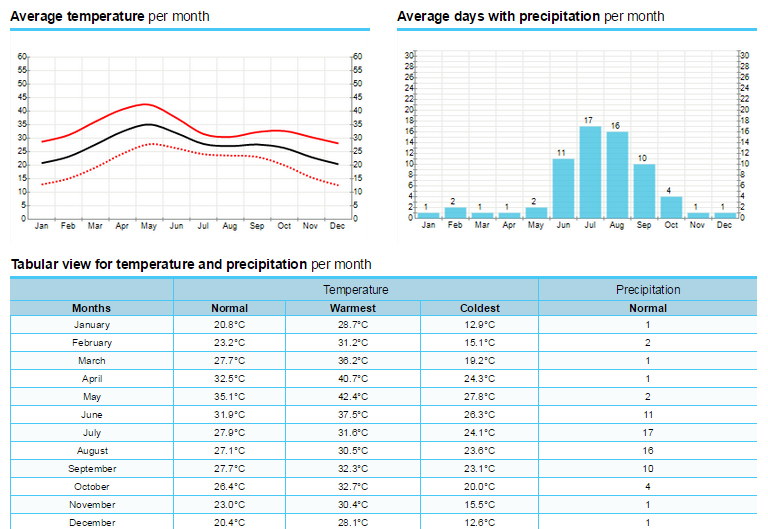 The town Gondia is situated about 170 Kms by road. from Nagpur of Vidarbha region. The district have road links to adjoining districts Chandrapur, Bhandara, Nagpur. The city is well connected by roads. It takes around 5 hours journey from Nagpur by State Transport Bus to reachIt is 130 km. by rail from Nagpur.

Position of all-weather connectivity to villages in district

The major highlights about the transportation in Gondia District is as follows:

Chulbandh – This is a dam, 25 km. away from the district in Goregaon Town. Rain fed water among the catchment of green hills is the atractive of dam and serene place to relax.

Dakram Sukdi – It is 40 km. away from the district in Tirora Town. It is famous for Chakradhar Swami Temple visited by Mahanubhav Panth followers. Chaitra Fair is held in the month of April.

Darekasa Caves – Darekasa Caves are located nearby the village Darekasa in the Chandsuraj hills. This village has served as the headquarters for Darekasa Zamindari. Some of the caves are naturally formed and some are artificially made and are known as Kachgad or iron fort. These caves are formed out of single rock and can accommodate around 200 persons at the same time. Nearby Darekasa Caves, a waterfall named as Ramidoh can be visited by tourists.

Hazara Fall – It is 50 km. away from the district in Salekasa Town. This water fall is cascading, amidst, emerald green vegetation, good camping site. It is just 1 km. away from Railway station in Darekasa.

Itiadoh Dam – It is 25 km. away from the district in Morgaon Arjuni Town. It is the source of paddy irigation. This dam is also known for Katla fish and Prawn culture. It is surrounded by hillock, a variatable feast to outlooker. The Norgying Tibetian settlement, with the Tibetian carpet weaving center is also located near by.

Kachargadh – Kachargadh is located at a distance of 55 km. from Gondia and is a popular tourist destination because of the 25000 year old natural caves situated here.

Here archeologist found stone weapons were used by person of that era. It is situated in the dense forest and paradise for trekker, worshiping place for local tribal.

Kamtha – It is 15 km. away from the district, place of historical importance being administrative headquaters of Kamtha Zamindari(Covering most of the Gondia District) in the last century.

Famous for Shiva Temple built by local Saint Lahri Baba. It is visited every Thursday by devotee specially on Guru Pornima.

Temple of Suryadeo is situated on near by hillock, Picturesque location of tank. Suryadeo is basically ‘Sun God’.

Nagzira Wild Life Sanctuary – The sanctuary is 40 km away from Gondia. The sanctuary has an area 152.81 sq. km. This sanctuary is locked in the arms of nature and adorned with picturesque landscape, luxirous vegetation. It has got immense potentials from biodiversity conservation point of view.

Navegaon National Park – The park is situated at southern part of Gondia district. It is located in eastern part of Maharashtra state and constitute area of 133.78 Sq.Km. It has greate importance from nature conservation point of view. It is indeeed nature priceless assets and beckons one and all to enjoy its picturesque landscape, its pure and fresh air. It has got immense potentials from biodiversity conservation point of view.

Nawegaon Lake – Nawegaon Lake in Nawegaon National Park stretches over an area of 11 sq. km. According to legend, this lake was built in the eighteenth century by Kolu Patel Koli. At present, he is called by the name of Kolasur Deo and his statue can be found on one peak encircling the lake. Local people believe that these idols assisted Kolu in making the Nawegaon Lake.

Padampur – It is 5 km. away from the district in Amgaon Town. Bhavbhuti, the great Sanskrit Litterateur was born here. He wrote famous Sanskrit Drama Malti Madhav, Mahaveer Charita and Uttar Ram Charita. Historical and ancient idols were found here.